Like everywhere else in the world, Los Angeles has seen changes directly influenced by Covid-19 over the past eight months. Yet, unlike other cities around the world, it has recently added a few morale-boosting sporting championships to its history. The nightlife in the West Coast hub might not be where it was this time last year, but that’s not stopping a certain kid from Akron from commemorating it with the Nike LeBron 18″ Los Angeles By Night”.

The upcoming pair perform the opposite of the “Los Angeles By Day” proposal dressed in “Light Cream.” Flyknit construction indulges in an ultra-vibrant “Prime Pink” tone accompanied by orange accents. Laces and full-tongue airbags take part in an equally bold blue and green arrangement reminiscent of options in the Nike ACG line; both hues also liven up much of the rear, with the former taking over the power-focused molded structure in the heel, which features graphics inspired by the Californian city. Sole units are split between two colored makeups, with the Max Air unit eclipsing the tooling towards the forefoot. Still, the hi-vis palette provides the feeling of walking (or rolling) around LA going from place to place.

Enjoy detailed images of the eye-catching pair below and find pairs available at Nike.com November 13 for $200. 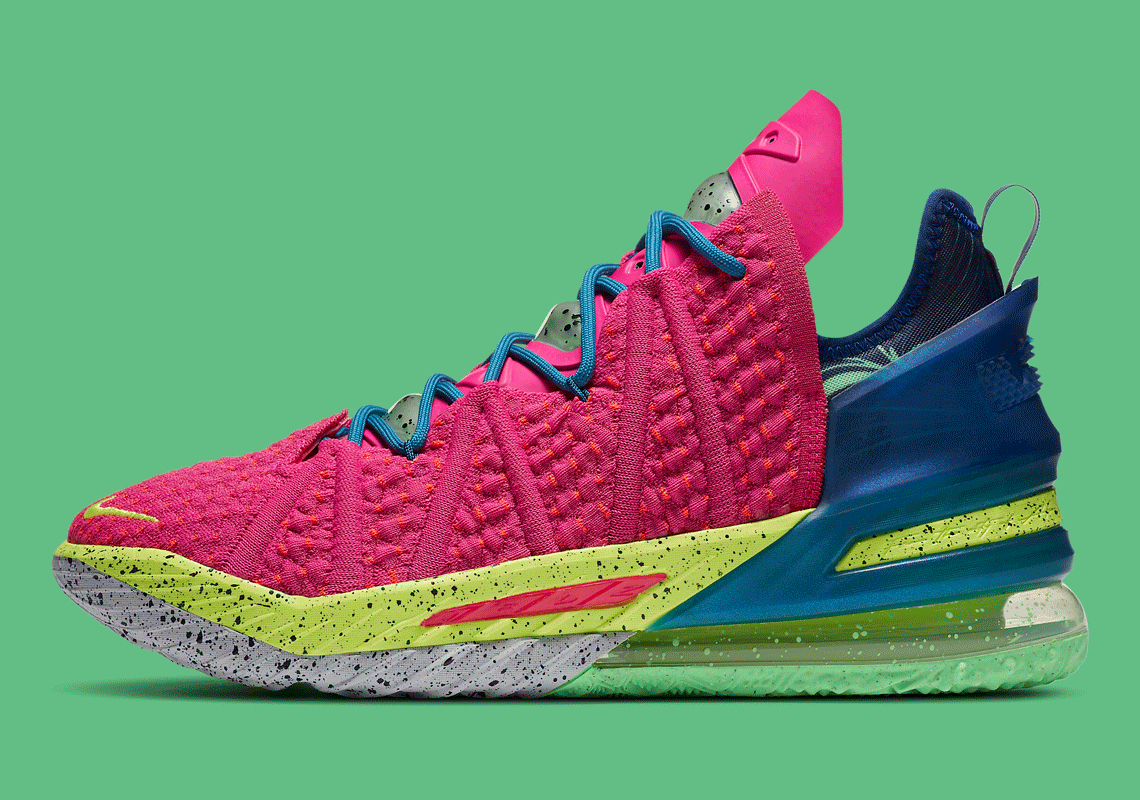 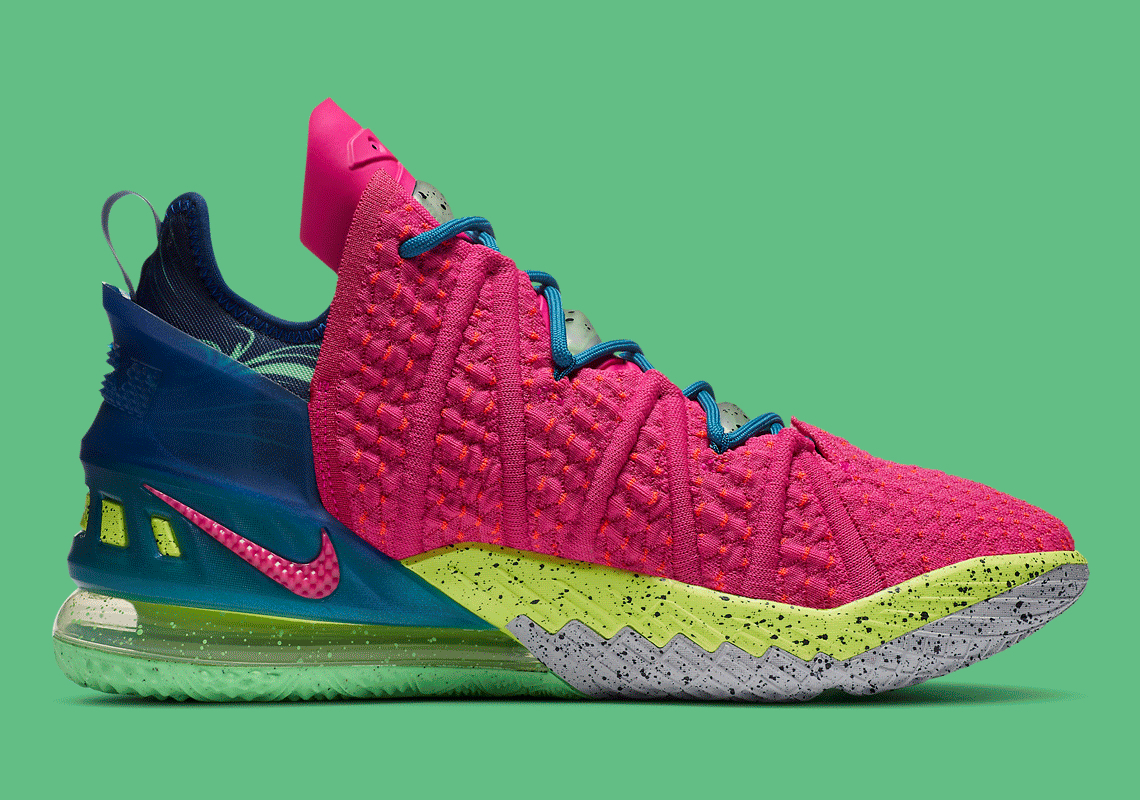 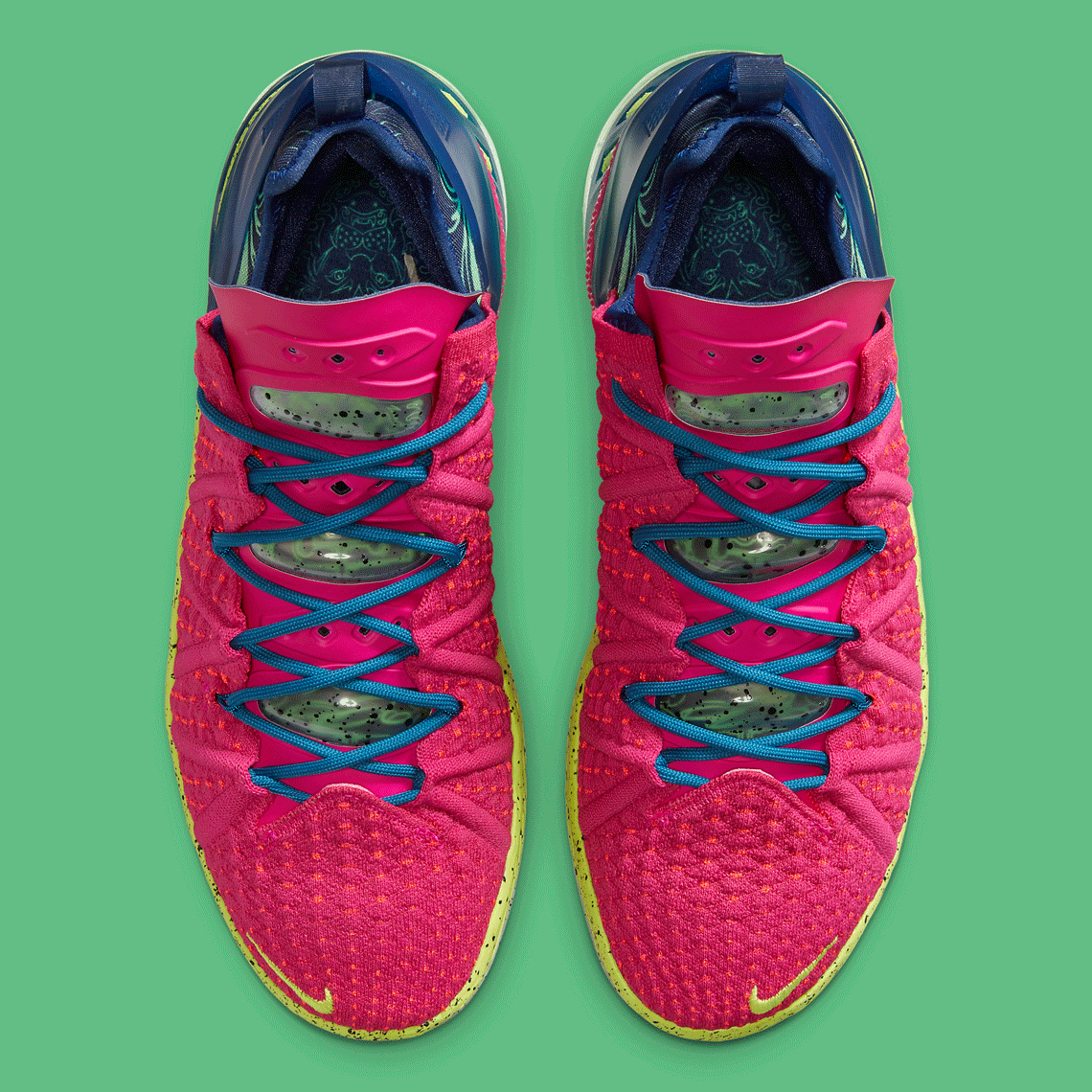 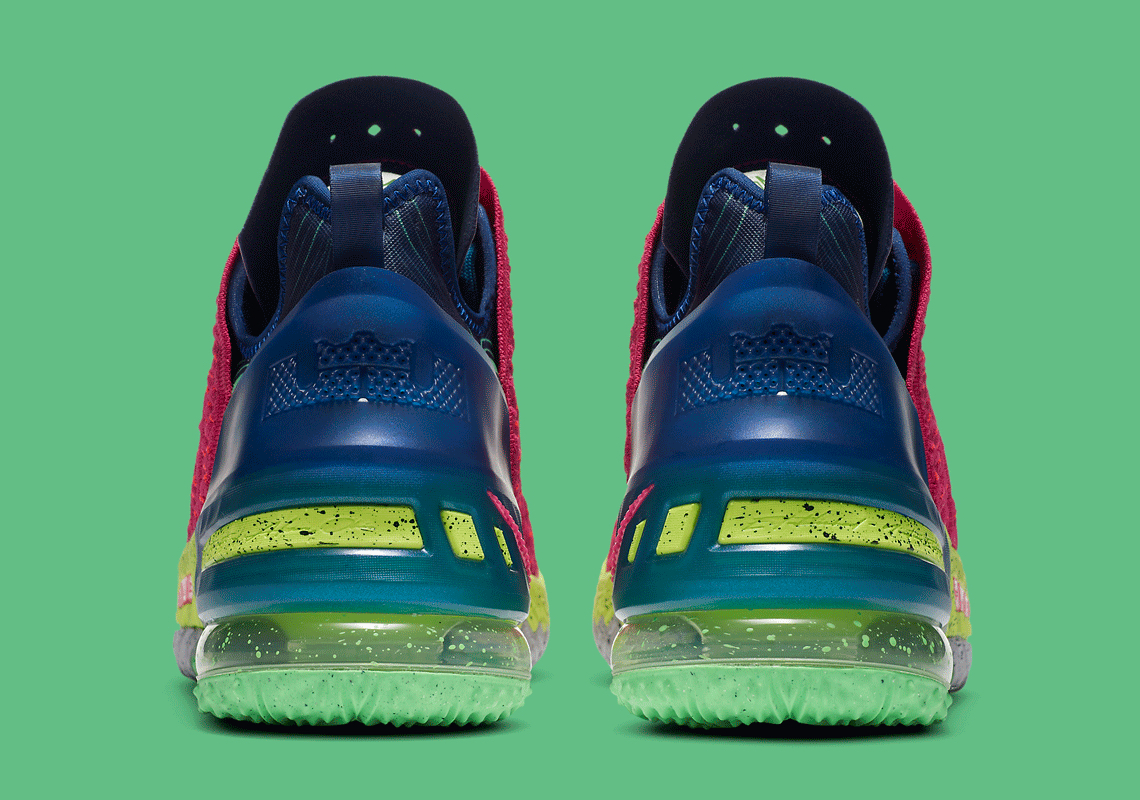 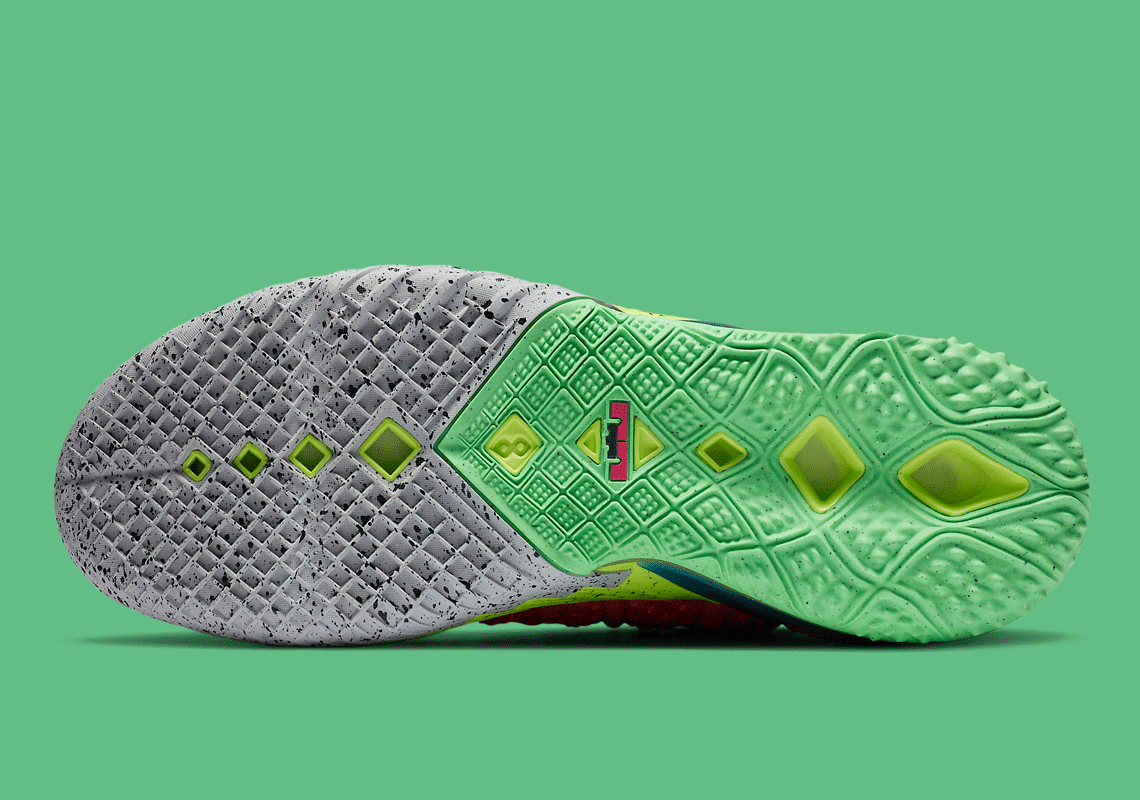 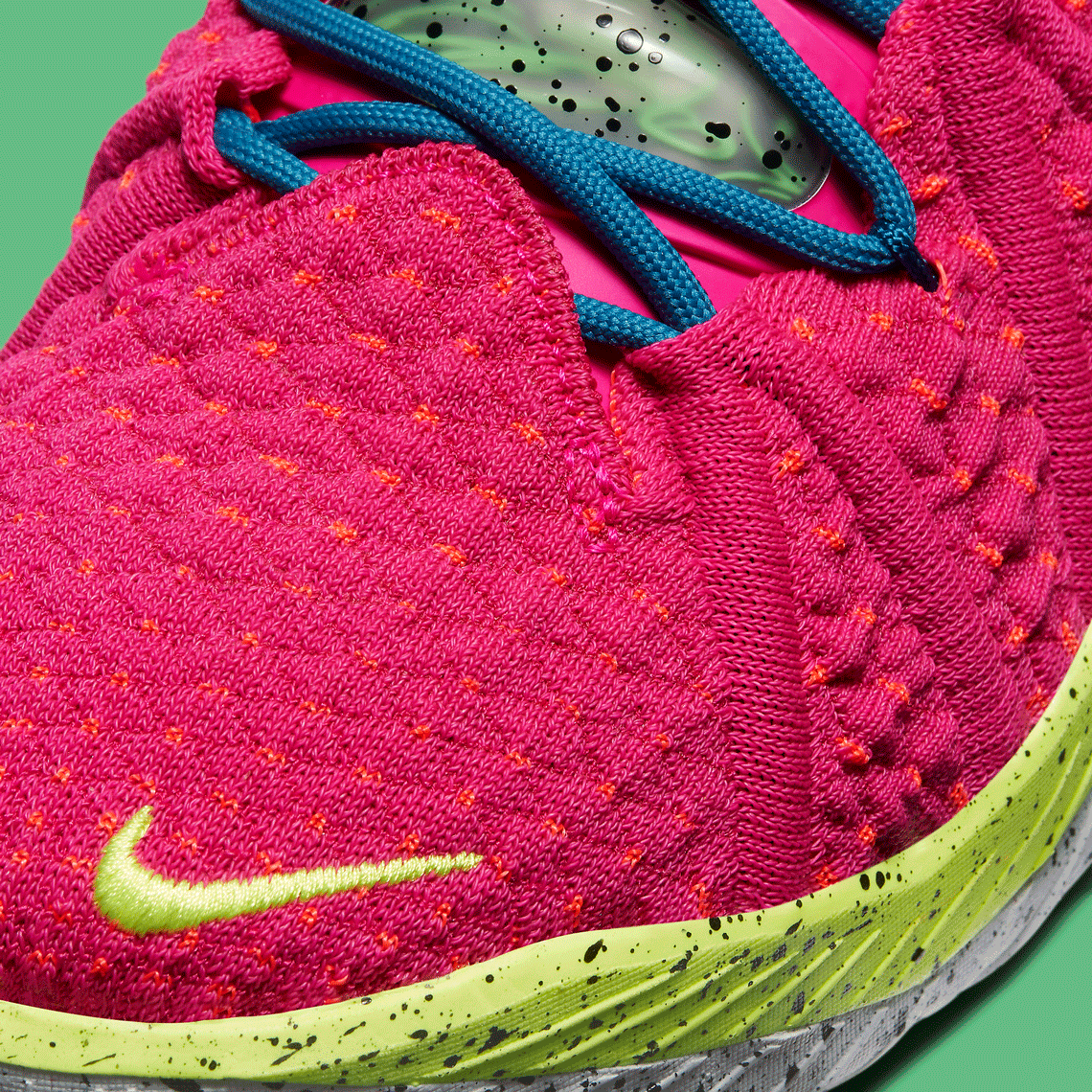 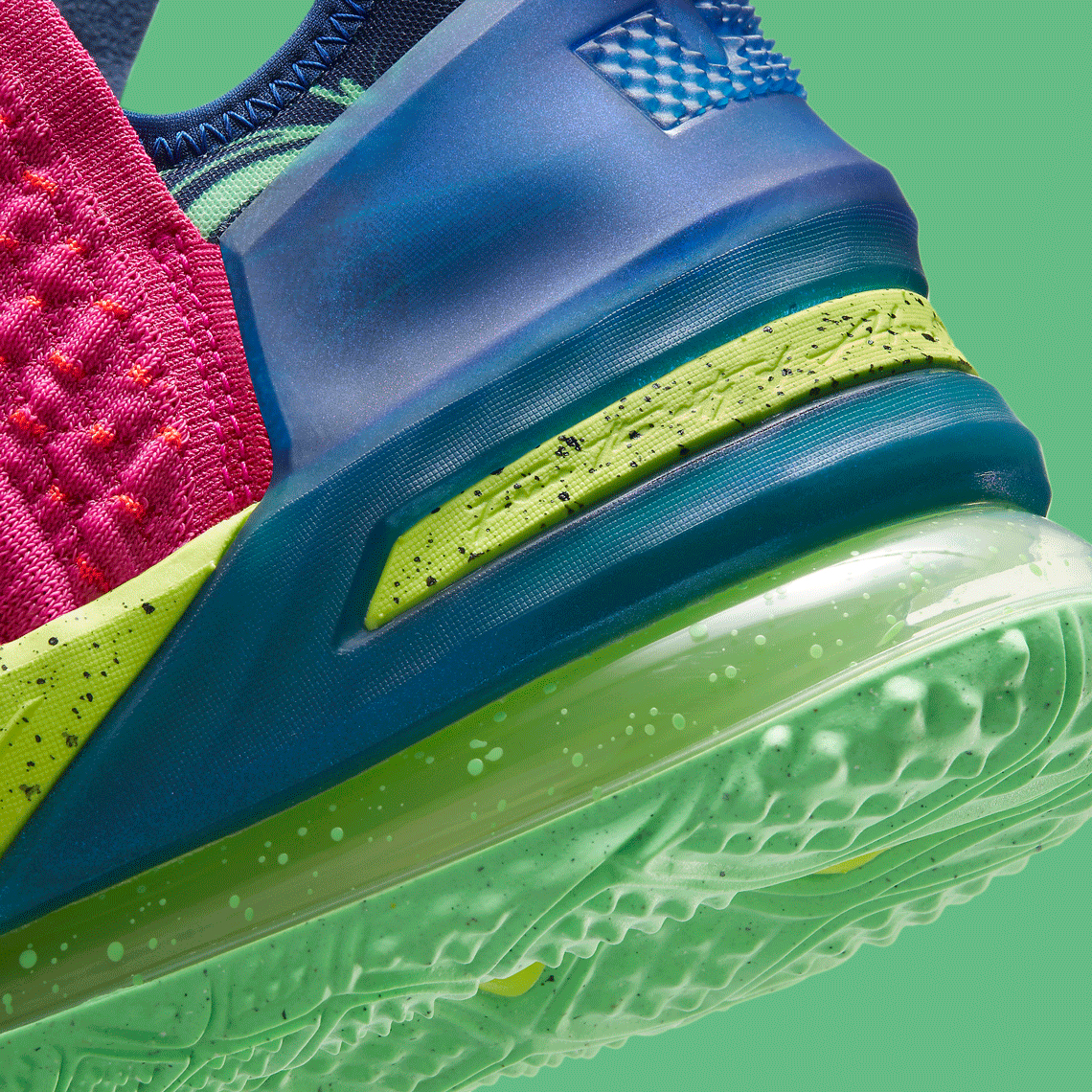